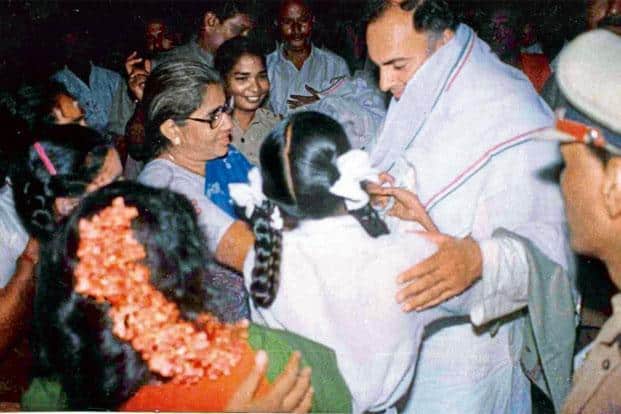 New Delhi, Jan 15 (IANS) The Supreme Court on Tuesday expressed its discontent on the progress of the CBI probe underway for past 22 years to unearth the larger conspiracy behind the assassination of former Prime Minister Rajiv Gandhi.

A bench headed by Justice L. Nageswara Rao observed that the latest report filed by the investigating agency is apparently a mirror image of the report filed two years ago.

“What is the progress we want to know?” the court told the CBI. The top court”s observation came on an appeal filed by convict A.G. Perarivalan, sentenced to life, seeking to recall the judgment convicting him in the case.

In November 2019, the matter came up for hearing before the apex court, which sought latest status report on the assassination and gave four weeks to CBI-led multi-disciplinary monitoring agency (MDMA), probing the matter, to furnish its report.

The court had earlier agreed to examine whether he can be released on the basis of new evidence, which has come to light – whether the two batteries supplied by him were the ones used in the belt-bomb that killed Gandhi in 1991.

The court was hearing a plea of Perarivalan, who sought deferral of his life sentence in the case citing the incomplete MDMA probe. Perarivalan and three others were initially awarded death sentence, which was later commuted to life term.

Gandhi was assassinated on May 21, 1991 at Sriperumbudur in Tamil Nadu by a woman suicide bomber, identified as Dhanu, at an election rally. Senior advocate Gopal Sankaranarayanan, appearing for Perarivalan, said the Letters Rogatory (LRs) sent to many countries, were yet to receive a conclusive response since 1998.

Perarivalan in his petition said the only substantial overt act attributed to him was that of supplying two 9-volt batteries, alleged to be used in the improvised explosive device. The court told Perarivalan”s lawyer, “Have you seen this report (submitted by the CBI)? we want to know the progress made in two years?”. The court has allowed Perarivalan”s lawyers to examine the report in the court.

Sankaranarayanan had submitted the man who built the bomb is lodged in a Sri Lankan jail for decades, and the agencies claim that the investigation is still going on, as the Sri Lankan government has not responded to their queries. He had also argued that the details of how the bomb was put together and how it was transported to the crime scene have not been uncovered in 28 years, and the person who built the bomb is yet to be probed.

The MDMA was set up in 1998 on the recommendations of Justice M.C. Jain Commission of Inquiry. This commission was tasked to probe the conspiracy which led to Gandhi”s assassination. The MDMA is headed by a CBI official and comprises officers from Intelligence Bureau, RAW and other agencies. The top court had told Additional Solicitor General Pinki Anand, representing MDMA, to include the updated status of Letters Rogatory (LRs) sent to Sri Lanka, Thailand and other countries. “Latest status report is to be filed in four weeks,” the bench had said.

The apex court observed the last report on the matter is a year old, and the response on LRs is awaited. The Centre opposed the submission of Sankaranarayanan and contended his client”s role was not limited to procurement of batteries. The probe agency had maintained Perarivalan was an active conspirator in the assassination.

In March 2018, the apex court had asked the MDMA to file a status report in connection with LR sent to Sri Lanka for examining one of the accused Nixon alias Suren, lodged in Colombo jail.

PM assures OFC to each village in 3 years for more...

Coronavirus recovery rate in India improving with each day: HarshVardhan

Person can be re-infected with COVID-19 still not confirmed: WHO expert