New Delhi, April 3 (IANS) The Indian Railways on Thursday said that in the three days it transported 7,195...
Read more

New Delhi, April 3 (IANS) The ongoing disruption caused by the spread of Covid-19 will have a significant economic...
Read more 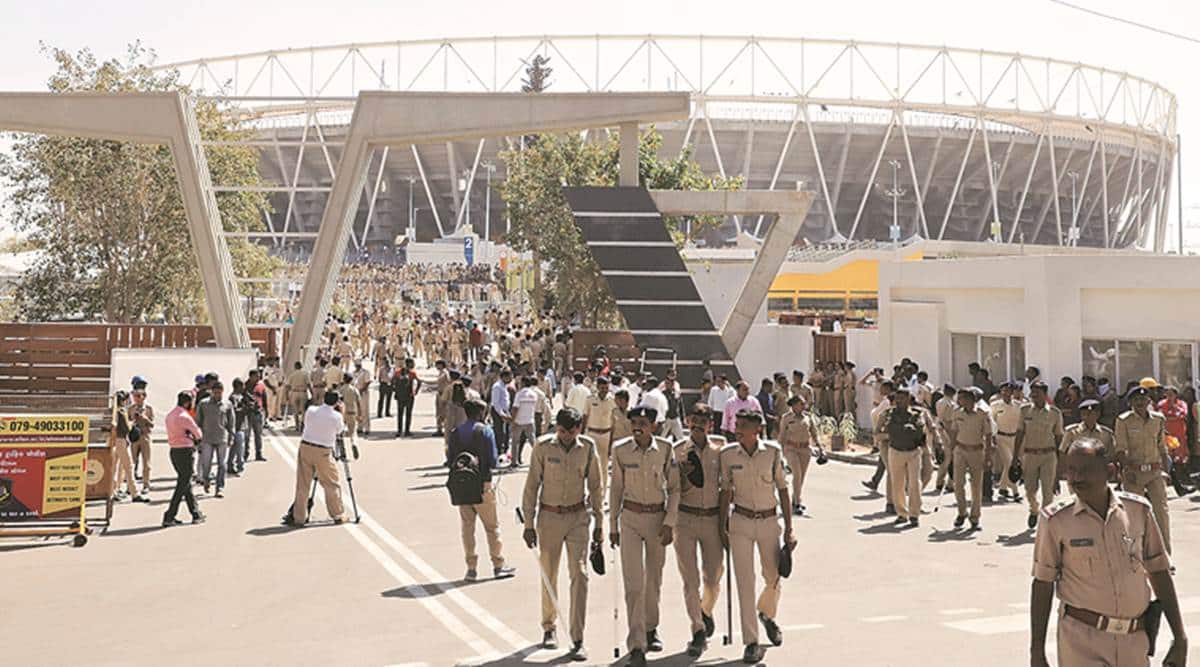 Ahmedabad, Feb 24 (IANS) Amid high security arrangements and massive decorations, Ahmedabad is ready to welcome US President Donald Trump here on Monday to participate in a roadshow with Prime Minister Narendra Modi and jointly address a gathering at the ”Namaste Trump” mega event at Motera cricket stadium.

Trump is scheduled to take a brief halt of about 15 minutes at Sabarmati Ashram during his roadshow from International Airport here to the world”s largest cricket stadium as the place was the epicentre of the country”s freedom struggle during Mahatma Gandhi”s 13 years” stay there between 1917 and 1930.

Gujarat Chief Minister Vijay Rupani will be hosting Trump along with Prime Minister Narendra Modi when Air Force One carrying the US President, his family and a delegation led by him will touch down at the Ahmedabad airport at around 11.30 a.m.

Drones, snipers and elite National Security Guard (NSG) and over 10,000 security personnel in view of the tight security apparatus have almost converted the city into fortress ahead of Trump”s visit. Union Home Minister Amit Shah on Sunday himself arrived here and took stock of the security arrangements.

Battery of security personnel have been deployed to cover strategic locations in multi-layered security arrangement to safeguard the roadshow between the airport and the newly built Motera stadium, where a three-hour programme, including public interaction and cultural programmes, before and after the President and the Prime Minister”s speeches is organised.

Among the cultural programmes will be music performances by top Bollywood singer Kailash Kher and other leading Gujarati singers and performers.

At the Sabarmati Ashram, Trump, First Lady Melania and his daughter Ivanka Trump and son-in- law Jared Kushner along with a US delegation will be served high tea, Gujarati delicacy Khaman, broccoli and corn samosa, apple pie and Kaju Katli sweet during their 15 minutes stay at the ”Hriday Kunj”, where Mahatma Gandhi stayed for 13 years and also took the famous pledge at the beginning of the Dandi March. The US President will arrive at the ashram at 12.30 p.m.

Along the route, the Ahmedabad Municipal Corporation has organised a roadshow in which cultural performances by artists and cultural groups from all States and Union Territories will be showcased from specially erected stages.

As over two lakh people are expected to arrive at the Motera stadium, which has the maximum capacity of around 1.50 lakh people with seating arrangement for 1.10 lakh people, 10,000 VIPs and over 3,500 VVIPs, police is geared up for crowd management as people are being brought in thousands of buses and other private vehicles from across Gujarat.

After addressing the gathering at the “Namaste Trump” event at the Motera stadium, both the leaders will leave for Agra around 3.30 p.m.

Bhopal, March 16 (IANS) The Madhya Pradesh Assembly was on Monday adjourned till March 26, the polling day for Rajya Sabha, over the Coronavirus...
Read more