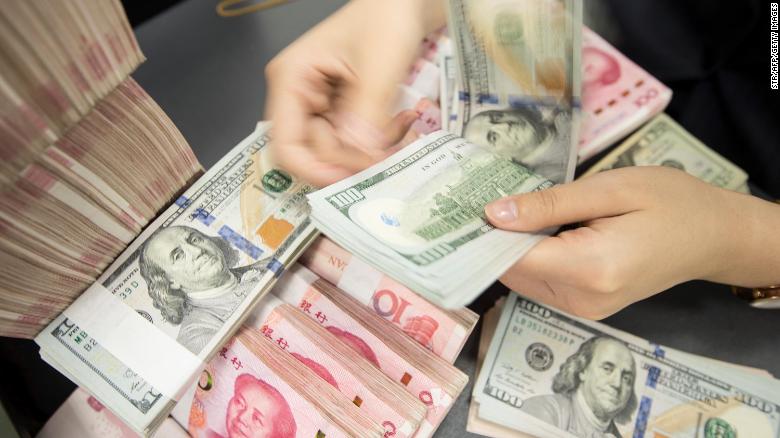 Washington, Jan 14 (IANS) The US has dropped its designation of China as a “currency manipulator”, just two days before the two countries were scheduled to sign an agreement at the White House to begin resolving their trade war.

“China has made enforceable commitments to refrain from competitive devaluation, while promoting transparency and accountability,” Efe news quoted Treasury Secretary Steven Mnuchin as saying in a statement on Monday.

The Department on Monday released a new macroeconomic report in which the US removes the Asian giant from the currency manipulator category.

When a country implements policies to keep its currency artificially low relative to other nations” currencies, that manipulation results in its goods becoming comparatively cheaper overseas, thus boosting its exports, while other nations” goods become relatively costlier.

Now, China is being moved onto a “monitoring list” where Washington groups those trade partners it deems deserve “special attention” regarding their monetary practices, specifically how they handle the value of their currencies.

The US Treasury had included China on its currency manipulator list five months ago in what was widely perceived as an escalation of the bilateral trade war.

That decision came just after the People”s Bank of China allowed the yuan to fall precipitously to less than seven yuan to the dollar in what was seen as the breaching of a psychological barrier for investors and something that had not occurred since 2008.

After almost 18 months of the trade war and an ongoing tit-for-tat hiking of tariffs by the two countries, Trump announced in mid-December that the US and China had finalized the “first phase” of a broad trade pact.

The accord includes the current US 25 per cent tariffs on Chinese imports totalling to some $250 billion along with reduced tariffs of 7.5 per cent for imports valued at approximately $120 billion.

The US-China negotiations have gone through a number of contortions including contradictory reports and veiled criticisms since the announcement of an agreement in principle last October.

The trade tensions between the world”s two top economies, which began last year, have resulted in profound consequences for the global economy.

India, China to hold 11th round of talks for disengagement

China can launch cyber attacks, India getting ready for it: Gen Bipin Rawat

At current pace, all eligible Indians to get jabs in over 3 yrs

Oscar nominations out, ‘The White Tiger’ in race for Adapted Screenplay